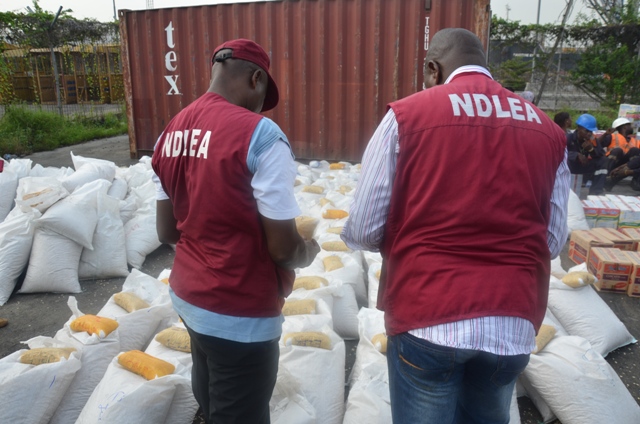 During the search on the warehouse, a double-barrel pump action gun and three live cartridges were recovered, NDLEA spokesman  Femi Babafemi said in a statement on Sunday.

Babafemi said Okeke’s arrest on Saturday July 10, 2021 followed credible intelligence and surveillance, which confirmed he stocked his warehouse with the illicit drug. The Agency’s spokesman said the suspect accepted ownership of the drugs.

The statement reads, “Preliminary investigation has established that Tarkadol is a brand of Tramadol that has just been introduced into the market to evade attention. The substance has also tested positive to amphetamine.

“The drug was equally labeled 100mg pain reliever on its packs to avoid scrutiny, while laboratory tests confirmed it’s a 225mg drug. It was further discovered that the drug was manufactured in India and smuggled into Nigeria without NAFDAC number or certification. During the search on the warehouse, a double barrel pump gun with 3 live cartridges, which licence expired since 2019, was also discovered and recovered.”

On July 14, 28,400 capsules of Tramadol were intercepted from one Dankawu Madaki, who hails from Misah LG, Bauchi state, it was said. A suspected interstate drug dealer, Godiya Linus, based in Taraba but supplies narcotics to dealers in Adamawa, has also been arrested, NDLEA said. Several other interceptions have also been reported.