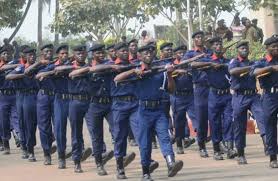 The Kano State Command of the Nigeria Security and Civil Defence Corps, has deployed 1,750 personnel to provide security cover at various Eid grounds, palaces, monuments and recreational centres across the state during Sallah festivities. This was contained in a statement signed by the Public Relations Officer of the Command, Ibrahim Abdullahi, and made available to newsmen in Kano on Sunday.

The statement explained that the Commandant of the NSCDC, Abu Tambuwal, who approved the deployment, assured that the command had expanded its intelligence network with a view to nip in the bud any security threat in the state during the festive period.

He said the Corps is on alert and poised to deal decisively with miscreants who might wish to cause trouble and disrupt public peace in whatever guise before, during and after Sallah.

“The general public are to be calm as all efforts are being made by the Corps and indeed all other security agencies for a hitch free Eid-el Kabir celebrations in Kano,” the statement added.