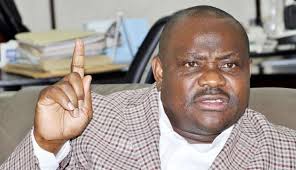 The Rivers State Government yesterday described as false media reports quoting Governor Nyesom Wike as saying that the presidential candidate of the All Progressives Congress (APC), Asiwaju Ahmed Bola Tinubu, offered him a senatorial ticket. The government, in a statement signed by Wike’s Special Assistant, Media, Kelvin Ebiri, said that there was no time during the governor’s media chat on Friday he made such a statement.

He said the story was false, baseless and ludicrous as the Rivers State governor “throughout the media chat never mentioned the name of the APC presidential candidate or alluded to him offering him a senatorial ticket.”

Attached to the statement was the transcript of Wike’s interview in which he said: ‘First of all, this is how you know those who are prepared to run an election. Some of them collected presidential form at the same time collected senatorial form. You’ll know that those people are not serious to run

‘I never collected senatorial form. Even after the whole thing, people said come and go for Senate, I said no, I won’t do that. I’ve already made a commitment that this Senate ticket should be zoned to this area (Etche) because they’ve never had it before. I must not be in power.’ Ebiri urged the unsuspecting public not to give any credence to “this false, baseless and ill motivated reports.”

Meanwhile, Wike  travelled to London shortly after his Friday media parley. With him in London is Governor Samuel Ortom of Benue State

Chief spokesperson of the Atiku Abubakar Campaign Organisation, Senator Dino Melaye, said yesterday that the PDP flag bearer would not sacrifice those elected by the party just to please those he labeled autocratic democrats.

Melaye in a statement against the backdrop of the latest demand for the resignation of the PDP National Chairman, Dr. Iyorchia Ayu by Governor Wike, declared that Atiku would do that which is right and lose the support of some party members than playing to the gallery to please autocratic democrats.

Melaye, also responding to the taunt of the APC Campaign Council in which Atiku was called the Divider-in-Chief in the PDP, accused the ruling party of trying to capitalise on the PDP crisis.

He said that contrary to the insinuation by the APC, Atiku was indeed being persecuted on account of his defence of democracy and respect for due process.

He said: “For the avoidance of doubt, Atiku as a long standing democrat will not sacrifice those elected by the party for his own ambition, just to please autocratic democrats.

“If by chance he loses the support of some party members on account of adhering to the rules, he would be satisfied that he acted right.

“The failure of Nigeria can be adduced substantially to the dominance of strong men who trample on weak institutions.

“Atiku will continue to support the enthronement of strong institutions that can minimise the excesses of political Goliaths. And as it happened to Goliath, strong men get defeated, no matter the length of their domination.

“Waiting to benefit from the internal synthesis that may play out in the PDP is a wait in futility. The tears of opposition are only flowing from the demonstrable capacity of Atiku for political sagacity. ”

Oraye: Why PDP should resolve its crisis now

A former aide of Governor Wike, Mr. Franklyn Oraye, has warned the PDP of the consequences of its going into the presidential campaign in its current deeply fractured status.

Oraye who served Wike as Special Assistant (SA) on Social Media, said in Port Harcourt that he wondered how the party wished to “attract the trust and votes of Nigerians, especially those of Southern extraction, given its now pro-Northern slant.”

He said:”One can readily see the manifest contradictions in the BOT Chairman of the party being prevailed upon to resign and a new BOT Chairman appointed, and in the suspension of the zoning of the party’s presidential ticket despite constitutional provisions on these matters.

“Governor Wike was right to raise these contradictions and throw up the need for the same procedural waivers that excused those actions, on the basis of the doctrine of necessity.”