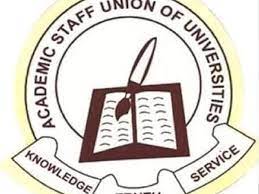 The Trade Union Congress (TUC) has appealed to the striking University lecturers to shift ground in their demands by making some concessions so that students can return to school.

Mr Monday Ogbodum, Cross River chapter Chairman of the TUC, made the appeal in an interview with the News Agency of Nigeria (NAN) in Calabar on Tuesday.

Ogbodum said the Academy Staff Union of Universities (ASUU) had “clearly” made their points known to the world with the prolonged strike and advised government not to always allow issues to degenerate to strike before taking action.

The labour leader further added that government should always put human face to its action or inaction in dealing with labour unions, to avoid prolonged industrial action in the country.

He noted that the peculiarity of university education was such that strike should not be allowed as an option for agitation or meeting the needs of workers.

The TUC Chairman said it would be difficult to regain the loss ground in Nigeria tertiary education system becaue of the industrial action by the university lecturers in the last two years.

According to him, “While I’m appealing to the ASUU to shift ground, I also ask the government to always put human face in their action.

“ASUU has proven its points to the government; the strike is justifiable but ASUU should also know that negotiations are always a win-win situation and not winner takes all.

“Our children have suffered enough and most of us do not have the resources to send our children abroad or private universities.

“I make bold to tell you that even the lecturers have their own pains from this strike.”

Ogbodum, however, condemned the no- work-no-pay policy of the government.

The union had declared a total strike in February to compel government to act on a variety of issues that had lingered between both parties for years.