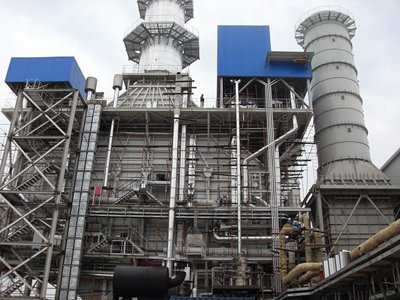 The Nigeria Electricity System Operator, a semi-autonomous body under the Transmission Company of Nigeria, TCN, responsible for operating the transmission system disclosed this in its report obtained by Vanguard.

The report showed an improvement from an average of 4,000MW, which the nation recorded for a greater part of 2022, but over 200MW less than the federal government’s 5,000MW new target.

The Federal Government had on July 1, 2022, activated a partial Power Purchase Agreement, PPA, with generation companies, GenCos, for the supply of power.

In a telephone interview with Vanguard, weekend, the National President of, the Oil and Gas Service Providers Association of Nigeria, Mazi Colman Obasi, noted that the current generation is still inadequate, considering the over 200 million population of Nigeria.

He said: “Adequate and stable power supply remains very central to the socio-economic development of Nigeria. If the nation needs to develop, it must find a way to find a lasting solution to its prolonged epileptic power supply.”

Similarly, a professor of Energy/Electricity Law, at the University of Lagos, Prof.Yemi Oke, had said there was very little to celebrate in the nation’s power sector, especially after privatization.

He had said: “As far as the energy sector is concerned, we had what it takes to get us to where we want. But we are not even optimizing what we have. I recalled that before privatization, which is the starting point, we have about 4,800MW installed capacity and we are actually distributing well over 3,500MW for the intersection of the power sector in almost 10 years.

However, the Executive Director, of Research and Advocacy, Association of Nigerian Electricity Distributors, Mr. Sunday Oduntan, listed many problems currently staring the sector in the face.

He said: “The core issues of the lack of a cost reflective and sustainable tariff, inadequate gas supply, inconsistent regulatory and policy determinations, transmission grid constraint, non-payment of MDA electricity debt, electricity theft, lack of respect for the sanctity of contract, etc. must be addressed, if the electricity distribution subsector, in particular, and NESI, in general, is to make progress.”