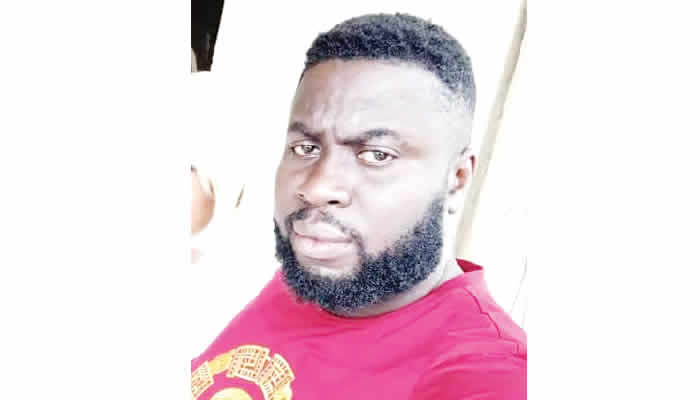 Four-month-old pregnant Chidinma Chigbu tells CHIDIEBUBE OKEOMA that her husband, Noel Chigbu, was murdered by soldiers for no justifiable reason

How did you learn of your husband’s death?

My name is Juliet Chidinma Chigbu. I got married four years ago and I have two children and I’m expecting another. I am 30 years old. Death took away my husband on April 30; he was murdered by soldiers at the Amakohia flyover in Owerri. On that day, he came back around 4pm. He came with a new car. He then told me that he wanted to refuel it. I asked him to buy some provisions for the kids.

He went back to his shop, where he used to sell shawarma at the Shawarma zone at Akwakuma. I waited for him till 10pm, but he didn’t return home. I became worried and I called constantly but nobody picked up his calls. I got worried that night. Then I called his brother, Chika, to help call my husband; we all called him yet no one picked his calls till the next day. Around 5.30pm someone picked and said we should come to state police command headquarters in Owerri. I asked the person if my husband was okay. The person said we should come over first. So, I informed my brothers-in-law and they went over there.

When they got there, the next thing they told me was that they would get to me later. Around 7.30pm, my brother-in-law, Tobechi, came to my house and broke the sad news to me. He said my husband was shot by soldiers, who deposited his corpse at the FMC Owerri, according to the police and the mortuary attendant.

Were you told the reason why your husband was shot?

The police said the soldiers, who killed him, said that he violated military checkpoint rule. I asked what kind of stupid narrative was that. Killing my husband for allegedly violating a non-existent checkpoint rule is unfair. He was shot dead the day he took delivery of his new car, a Camry. He didn’t steal. He was only driving home after the close of work. My brother-in-law told me that the Deputy Commissioner of Police in charge of operations in Imo State said the soldiers admitted in a statement that they killed him for violating their checkpoint rule. Noel would have been 39 on May 18, but unfortunately, he was shot dead on the day he took delivery of his new vehicle and a few hours after coming home to show it to me and the kids. His corpse was dumped at the Federal Medical Centre, Owerri, by the soldiers who killed him.

My brother-in-law told me the Deputy Commissioner of Police in charge of operations told him that the military men brought his car to the command headquarters after dumping his remains in the FMC morgue. He just finished dropping his friend, who also does the same business with him in front of the Amakohia Market. It was around 10pm on Friday, April 30. His friend said it was not up to two to three minutes after he dropped him that he heard gunshots in the destination Noel drove to and he and other people around scampered for safety. He didn’t know that it was his friend, who was shot by the soldiers.

One of my brothers-in-law recognised my husband’s new car on getting to the police Command headquarters in Owerri. They found out that the back screen of my husband’s new car was shot. All the four tyres were shot at and deflated. My in-laws also saw blood on the driver’s seat. My eldest brother-in-law told me that the front windscreen and all the windows were intact. Only the back screen was shattered with gunshots.

He said that when they got to the police, they were directed to the Deputy Commissioner of Police in charge of operations. The DCP told them that soldiers brought the vehicle around 1am on Saturday. According to him, the soldiers dropped my husband’s phone, the car key and a bunch of keys that included his house and shop’s keys. They also handed over the sum of N5,400, which they said belonged to my husband. He said that the soldiers refused to make any statement, but the police insisted and the soldiers reluctantly in a few words wrote that my husband violated their checkpoint rule and they shot him. They also wrote that the relatives of the owner of the vehicle should be referred to the FMC in Owerri if they come. The DCP asked my brother-in-laws to go to the morgue of the FMC Owerri, where the killer soldiers said they kept my husband’s corpse.

Have you seen his corpse?

No. But my husband’s brothers have seen it. When they got to the FMC morgue, they were shown where the heartless military guys dumped his corpse in the corridor. My husband’s brothers paid the fees and a tally was given to them and my husband was properly documented in the morgue. The military guys, who killed him, refused to register him properly and the attendant said they were even threatening the staff when they brought his corpse. I was told that they shot my husband three times and he bled to death.

As his widow, what do you want?

I want justice for my husband. I want the killers to be identified, prosecuted and punished according to the law. I do not want them to go free; I will never give up on my husband’s death. The blood of my husband will continue to hunt them and the soldiers, who caused me this life pain, will never see anything good in life.

How are the kids coping with their father’s death?

They have been asking after their daddy and I have been lying to them. I have been telling them that their daddy travelled. I have continued to lie to them that he would soon return. I pray he will return one day. This pain is too heavy for me. I want to beg Nigerians to help us get justice.

What kind of a person was your husband?

My husband was a loving person. He helped people even if it was late in the night; he would come to the aid of anybody who sought his assistance. He was a loving person and people around can testify to that. He was a caring husband and very dear to the children. He never joked with the kids’ welfare.

Has he been buried?

Did he share his dreams with you while alive?

His first dream was to buy a car, buy a land, build a house and do our church wedding by December. Unfortunately, the soldiers killed him the same day he bought his car. Please give me justice, I beg Nigerians.

What were his plans for the kids?

How do you feel about giving birth to a child who will not know his father?

I feel devastated, confused and very sad, because everything will be on me now; as a single parent, it will not be easy for me. The burden will be too much on me. It is very difficult to be a single parent. The soldiers have made a young woman like me a widow. I am just 30. I will not feel happy if justice is not served.

How do you intend to get justice?

I intend to get justice through every legitimate means possible. Noel’s blood will not just be wasted like that. People should help me get justice. Even if it takes me to go and see Buhari to get justice, I will go.

Has the military reached out to you?

No. I haven’t seen anybody from the military. The killing of my husband by the soldiers will bring justice to all those who have suffered injustice in the hands of those who are supposed to protect them. Those who killed my husband have not even been identified. I want to call on the military to identify those who killed my husband. With the careful examination of the car, I observed that my husband was murdered in cold blood. It was not any checkpoint rule violation. There is no military checkpoint on Amakohia and Akwakuma roads. They just killed him and used one non-existent checkpoint to cover up. It was purely a murder case.