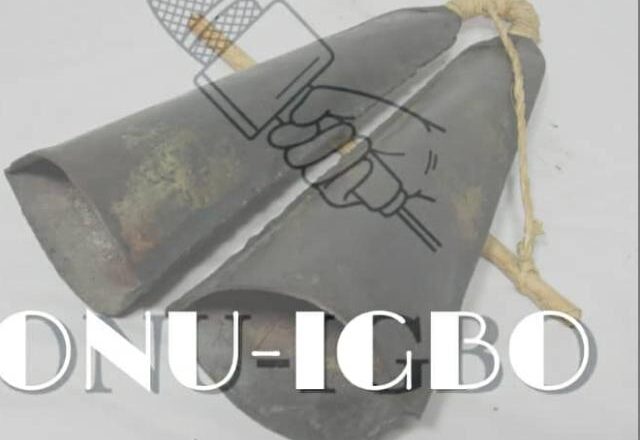 Onu Igbo, an association of Igbo journalists has condemned in strong terms the Federal Government and the Federal House of Representatives’ futile attempt to amend the Nigeria Press Council(NPC) and National Broadcasting Commission(NBC) Acts describing the effort as a surreptitious way of gagging the press and muscle freedom of information in Nigeria. According to the Association, the amendment bills sponsored by Honourable Olusegun Odebunmi, member representing Ogo Oluwa/Surulere Federal Constituency of Oyo State were aimed at adding ‘all online media to the list currently under the control of the subsisting Act’ to censor online media contents as it does Radio and Television stations in Nigeria and control the Boards of Directors of media houses as well as their operations.

The statement which was signed by Messrs Emeka Attamah and Calistus Ebue, Onu Igbo states: “The NBC (Amendment) Bill intends to add “all online media” to the list currently under the control of the subsisting Act. In other words, the government, through the NBC, wants to censor online media contents the same way it currently censors radio and TV stations across the country. Given the way the NBC has recently exercised its powers arbitrarily against stations which broadcast contents that are construed to embarrass the government, this is clearly an attempt to make Aso Rock the Editor-in-Chief and Publisher of all online content creators in Nigeria.

“The NPC (Amendment) Bill is even much more invasive. Taken together, the proposals seek among others, to:A. Put all board memberships and operational control mechanisms at the NPC firmly under the control of the President of the Federal Republic of Nigeria through the Minister of Information.B. Give the Council power to license and revoke licenses for media practice in Nigeria with the approval of the Minister of Information.C. Transfer some of the collective powers of the Board to the portfolio of the Executive  Secretary of NPC who will be appointed by government.D. Give the Council powers to write and manage a new Code of Conduct for media professionals in Nigeria.E. Increase penalties (fines, suspensions and jail terms) due to “offenders.”F. Compel media houses to submit statements of annual income to the Council which may  levy them for the purpose of shoring up its revenues; among others

The nascent association of Igbo journalists reasoned that the essence of the amendments was to subject the Nigerian media houses to another layer of control beyond that currently exercised on all business entities by the Corporate Affairs Commission (CAC) and bring the Fourth Estate of the Realm under the steering wheel of the Executive arm of government. “Onu Igbo* hereby joins other well meaning Nigerians and interest groups in hailing the suspension of the obnoxious bills and demand that such pieces of legislative junk be put in the waste bin where they rightly belong. We also call on civil society and rights groups to ensure that such ill intended bills never see the light of the day anytime they rear their heads.

” Going forward, the National Assembly must save itself from further ridicule by preventing such poor quality work from getting to its floors or to the public domain in the future as the practice of using the National Assembly to fly kites for poorly conceived bills and in the process distract the nation should stop.”

The Association advised the National Assembly to focus its attention on urgent issues as insecurity, banditry, environmental degradation in the Niger Delta’ which are staring the country in her face.