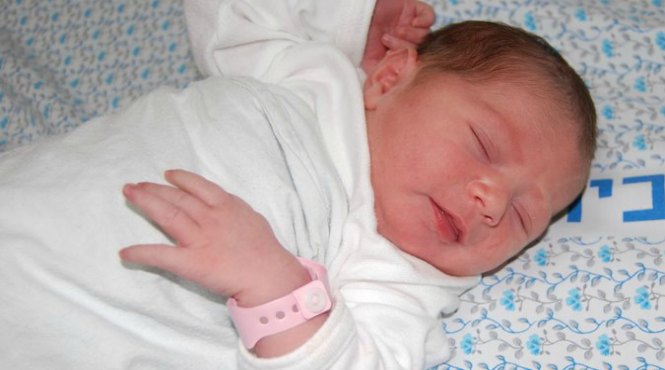 Fatima Ibrahim of Anguwa Wakili Mazara, Bajoga, in the Funakaye Local Government Area of Gombe State, tells Chima Azubuike, about the pain of losing her last child to devastating effects of a heavy rainfall on July 30, 2022

How old are you and what do you do for a living?

I’m a 30-year-old petty trader. I sell tomatoes. I’m the mother of the three-year-old boy that died when a mud house collapsed due to a flood in Bajoga.

How many children do you have?

I used to have six children but with my current loss, I now have five of them.

What is the name of your deceased son?

Muhammadu Babangida and he was aged three.

What will you miss about Babangida?

I will miss the joy I shared as his mother, the love I felt from his personality. As young as he was, he was very unique as a child. He was healthy and lively. He was my last child but he had a sweet and endearing personality. Some of his siblings were not very free to make choices or to express themselves but Babangida always knew what he wanted and he got it. He didn’t behave like a last child. He was not all clingy but was independently minded for his age. He was very cheerful and obedient.

What fond memories will you miss?

He had a good appetite for food, he was not too selective. His favourite was noodle and he ate it with so much delight. I will miss the memories of seeing him playing football. He  loved to play with the ball and he enjoyed seeing people, especially adults, playing football within the area. Some of our neighbours usually talk about the smiles that radiated on his face while watching them play.

How did Babangida’s death occur?

At about 5am on Saturday morning, the rain began to fall but it became very heavy at about 7am. Suddenly, the wall of our kitchen area fell on three of my children. Two of them, Hussaina and Hajara, survived with various degrees of injuries. While Hussaina sustained injuries around the head region, Hajara was hurt around her legs. Babangida passed on immediately due to the intensity of the mud wall on him. The two are recuperating. I adopted Hajara due to circumstances in her home. She is nursing the injuries from the collapsed building and the other one, Hussaina Ibrahim, is now on admission at Abubakar Tafa Balewa University Teaching Hospital, Bauchi, where she is being treated.

What were your children doing in that area of the house while it was raining heavily?

Where the wall collapsed is the kitchen area. The other side is where we sleep and water flooded the room so I was busy disposing of the water from the room with a bucket. The children had an excuse to concentrate on emptying the room filled with water. However, at some point, they began to assist in removing the water. While carrying the water to the kitchen area, the wall fell. Honestly, I can’t recall the exact time it collapsed. When I came close, I found them inside the rumble. The wall covered them co mpletely.

Are there plans to demolish the rest of the building?

There is no such plan for now as our attention at the moment is to raise funds to treat my daughter, Hussaina, who is currently in the hospital. We built the building using clay and it was built about 15 to 20 years ago. Subsequently, we will decide on what to do next with the rest of the structure.

Did the building not show visible signs of crack before the tragedy?

It was during this rainy season that I saw a visible crack on the building but prior to that, there was nothing wrong with the mud building. We never imagined that it would get to the extent of collapsing that soon. As you know, there is no way we would have been comfortable residing in a building that would constitute a risk to us.

Were you able to take Babangida to the hospital for a doctor’s confirmation?

Yes, we did. We first went to the General Hospital, Bajoga, and that was where we admitted them. When we got to the hospital, it was confirmed that he was lifeless. The doctors treated Hajara and then referred Hussaina to the Federal Teaching Hospital, Gombe, due to the severity of her case.

Why is Hussaina still in the hospital?

Hussaina’s case was said by doctors to be very critical. Her head landed on a pot. The pot was destroyed by the impact of her fall. Hussaina sustained injuries around her head  and it is very serious. The doctors claimed that it could affect her brain.

Were you not concerned about the distance between Gombe and Bauchi?

We thought so too, especially as it related to the distance because she lost so much blood. However, it was after so much delay at the Federal Teaching Hospital, Gombe, that the doctors there opened up that they could not handle her case. We later took her to Abubakar Tafawa Balewa University Teaching Hospital, Bauchi, as directed by those at the FTH, Gombe. But we need about N500,000 to commence treatment in Bauchi. We have only been able to raise just about N50,000 from contributions from family and friends.

What about your husband? What does he do and where was he when the incident occurred?

He is a carpenter. He was in the mosque for prayers and was before the rain became heavy.

How did your husband feel when he heard about the tragedy?

My husband met us at the General Hospital, Bajoga. He felt bad as a father. I’m certain that he didn’t expect it. My husband woke up with us before leaving for the mosque to say prayers only to be told to come to the hospital that his last child had died and others were receiving medical attention.

I feel very bad. I’m not happy. It is sad losing a loved one in a very painful way. It never crossed my mind at any time that Babangida would be lost in such a tragic way, there was no such premonition due to how strong and healthy he was. The joy of every mother is that after taking care of your children and they attain adulthood, they will in turn shower you with great love. No parent will be happy to bury a child that is still growing but God knows best.

Has there been a similar incident in Bajoga in the past?

Yes, especially in Anguwa Wakili Mazara, Bajoga. The water flows from Biyan Gari. It has been a recurring situation but  this year, it became worse due to the number of casualties recorded. Many homes have been affected by this year’s rain. The area is usually flooded due to the way the water was channelled without recourse to dwellers around the area. When it rains, everywhere becomes flooded so much that if one is not careful, one may not differentiate between the ground and the drainage. It can be that bad.

I will be very grateful if the state government, under Governor Inuwa Yahaya, can come to our aid. No amount will bring back our son, but we will be happy with whatever they can do to assist us as it will go a long way to reduce our pain. I wish to appeal to the state governor to assist us in paying the bills of Hussaina, late Babangida’s sister, whose fate is in the balance due to the way she fell with her head. Raising the amount requested by the Bauchi hospital authorities has not been easy. We need help to save her from retardation. God forbid that I will have to bury two children from this disaster. So, I need as much help as possible to treat her.

Recently, the governor  directed the state emergency management agency to provide succour to flood victims. Have you received any support so far?

I heard the people that came to our area were from the Government House. Also, the chairman of the Funakaye Local Government Area and some councillors visited the area but they didn’t get to our house. They only spoke from outside and so far, no relief materials have been sent yet as directed by the governor. I have yet to get any form of assistance.