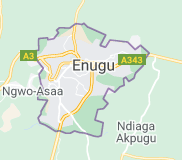 With her own peculiar challenges, Nigeria has struggled for a place in history to emerge as the pride of African Democracy. This struggle began many years ago with the military, sabotaging the spirit of the struggle. However, the struggle continued and had managed to survive two decades of democratic dispensation without capitulation. There is hope therefore, that we can secure our rightful place in history as the pride of Africa Democracy. But to reach this milestone, we need to articulate our principles according to best practices, and shun every temptation of mediocrity.

To be candid, for our society to attain the true goal of democracy as in civilized societies, myopic views as zoning and sectionalism, must be bundled and thrown into the waste bin. The reason this must be done is simple — democracy as the best form of government, is conceived on the principle of ‘majority interest’ or simply say, majority rule. It is not a rule by the minority for which zoning is predicated on —the dictates of the minority interest— the elites. Zoning had not only contradicted the idea of majority interest, it had also undermined even-development and diversification of economy of Enugu State. As could be seen from recent Enugu State leaderships, zoning arrangement only benefitted the sections where the leaders emerged from instead of the state as a whole. As a distorted view of democracy, zoning promotes sectional parochialism since the leaders prioritized their zones for developments to the exclusion of other parts of the state. So, I think that the sentiment for zoning has created a system of injustice on the allocation of resources and execution of key infrastructures in the state. Had Enugu stuck to the idea of liberal democracy, by now every part of the state would have developed reasonably on equal scale including my own village, Okpanku.

Meanwhile, the proponents of zoning had almost made the theory look like a solution to leadership quagmire, but a conscious look into the arrangement will unravel its ugly side as impediment to even-development. In other words, if zoning is remedial to Enugu political tussle, why is it that the zones where the leaders emerged from are better developed than others? We can confidently see that zoning as panacea to power equation, has done a great injustice to the developmental goals of the state. This is why I think zoning is a total distraction from liberal democracy whose primary dividend is inclusive governance. As a reminder, the likes of Dr Michael Okpara, Dr Sam Mbakwe and former Cross River State Governor, Donald Duke, would probably not have emerged to transform their respective region and states, if zoning was ideal. With Dr Okpara’s “Pragmatic Socialist Manifesto”, Umuahia would have been like paradise today if he were to be a product of zoning. This is because, the myopic sentiment of zoning wouldn’t have allowed him to develop the economy of the East. He would have probably concentrated the entire developments to Umuahia in order to pursue the sectional ideology of zoning.

But this is not so due to the fact that his ascendancy to the Premiership was expressed in the loudest voice of liberal democracy. Dr Okpara to me is a perfect example of liberal democrat. Anyone who admires Dr Okpara’s “Pragmatic Socialism” should see why zoning is an impediment to even-development. Sadly, many people, especially from Enugu, had thought and at some point, believed that political office ‘turn-taking’ is an ingenious political invention to harmonize the discourse of complex situation of leadership. But this is not so given to the fact that zoning had only succeeded in widening the gap of quality representation. It should be well understood by all and sundry that zoning is purely idea of the elites, not the people. The effects which have culminated in the recycling of elite parochialism, relegation of viable leadership ideas and brandishing of unnecessary ethnic identities in a supposedly secular state. This should no longer be allowed to thrive in a society now filled with technocrats. I therefore appeal to Ndi Enugu to expunge from our minds, the concept of zoning, as it is the worse form of perverted democracy and antithetical to progressive ideas.

Zoning is a rigged system — it is like “announcing the result of election that has not been conducted” — a subterfuge to lure our people into franchise although the winner is already known. One may ask, why then waste the state resources on electoral exercise that will eventually produce a zoning arrangement? This is why in the year 2023, Ndi Enugu must think big first. We shall not allow the illusion of zoning take the place of the majority interest. Let’s extricate ourselves from the fetters of zoning which obviously, is no longer sustainable to development. We can begin today to readdress our political thoughts and orientation as we aspire for a better society anchored on competence, competition and merit. A society where the will and aspiration of our people will be prioritized over minority interest. For us to engrave our name in this golden age of democratic dispensation, we must shun mediocrity and sectional political interest.