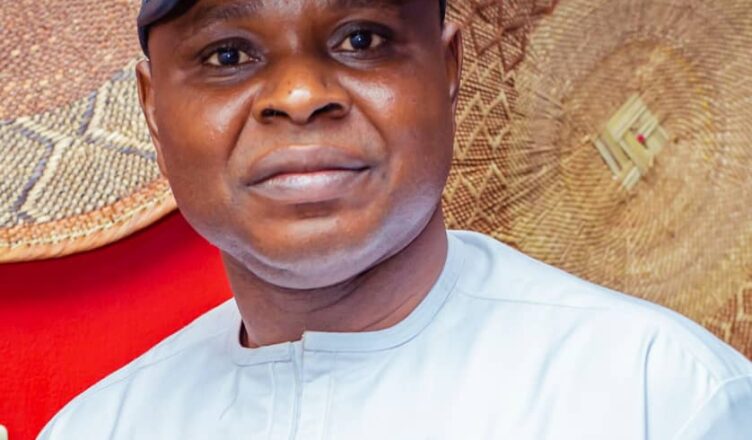 The Convener of Ihe Abia, Ichie Emeka Okpara has said that a new Abia where peace, progress, economic growth and development is possible if Abians put aside their differences and work towards realising the dream of the founding fathers of the State.*
*Okpara spoke during an exclusive interview granted to Complete Politics to review the politics of Abia in the last few months. He touched on many issues affecting Abia State including Abia Charter of Equity, guber flag bearers of the different Parties, Abia North senatorial district where he comes from and the recent de-accreditation of the Abia Poly and the Medicine and Surgery of ABSUTH.*

Excerpts;
*You are one of the strong champions of an Abia governor from Abia North based on the Charter of Equity. Since the ruling Party, the PDP gave its ticket to Abia Central, what is your position and what are your plans for the future of Abia North.*
You are very correct in your assertion that I am one of the strong champions of the governor coming to Abia North in 2023 and my position on that has not changed. I still insist that Abia North deserves to produce the governor in 2023 and it is immaterial if the ruling Party in Abia, the PDP gave its ticket to Abia Central. PDP is not the only Party in Abia. Did anybody ever believe that APC ruling party at both the center and the State will lose the Osun guber election? What happened shows that the dynamics of politics in Nigeria is on a steady change of course and anything can happen at any time.

*Are you working with other any other Party(s) to actualise the Abia North ambition?*
I will keep that option very close to my heart. We still have many months to the general election and we will watch as things unfold.
*The PDP gave its deputy governorship to Abia North and the running mate is from Isuochi in Umunneochi just as you are. Are you not going to support your brother for the position of deputy governor?*

You keep making the mistake of thinking that Abia is PDP and PDP is Abia. When the founding fathers of Abia drafted the charter of equity, they did not have any Party in mind and when I championed the cause of Abia North, I was not doing it for the PDP. I insisted that the next governor of Abia should come from the North. And when you talk about an Isuochi man being the running mate to the PDP candidate, are you saying I wouldn’t have supported him if he was the Abia PDP guber candidate, or are you saying that Isuochi/Umunneochi doesn’t deserve to produce the governor of Abia State?

*Talking of Abia North, there seems to be a strong contest between two candidates from the APC and the PDP, how do you assess their performance and who in your opinion should win the election based on performance?*
Somebody from your organisation did a fantastic job of profiling the candidates in an opinion article last week, and it is as if he spoke my mind. Judging from their performance, it is very difficult to say who will carry the day. Constituents have different measures of assessment for their representatives.  Personally, I will root for a candidate who can attract dividends of democracy to his people in very sustainable ways. If I had a vibrant candidate outside the two of them, I would have preferred that person. We seriously need to change our paradigm of representation and for me, there is lot of room for improvements.

*Abia State seems to be passing through a lot now in terms of how people perceive it as a backward State despite the fact that it as produced notable political figures like Alvan Ikoku, Aguiyi Ironsi, Michael Okpara, Ndubuisi Kanu, Azubuike Ihejirika, Aja Wachukwu, Uche Chukwumerije, Ihechukwu Madubuike and others. What do you think is the reason for the backwardness and what solutions can you proffer?*

Abia is not in any way backward. Like you said it is just about perception and it is quite different from reality. Why it looks as if Abia is backward is because of the wrong perception projected by our leaders. I have always said the people will call you or your dog the name you give yourself or your dog. We have a leadership that is not selling Abia as a product. Abia is a good product that should sell itself but the marketers are not doing a good job of even showcasing the product.
Look at what happened recently where the State University lost its accreditation to Medicine and Surgery and as we were still grappling with that, the total de-accreditation of Abia Poly happened under the watch of a government. Incidentally, one of the Party’s guber candidate had stints as the head of both institutions in question. Does it speak to us about what to expect?
The only solution for Abia lies with the people. The people should do right in whatever capacity they find themselves. I want Abians to have hope that the future would be better. It doesn’t matter how long it takes but surely Abia will get better. A new Abia is actually possible if Abians believe, unite, forget their differences and work towards making the State a better place for all. We have all we need in terms on human and material resources to make Abia better.
I keep going back to Aba as a place that has the potential to change the fortunes of Abia in terms of revenue generation, reduction of unemployment and increasing our production capacity. Before the Parties went for their primaries, I had called on aspirants to give Ndi Abia a blueprint for Aba and I know what I am talking about.

*You just mentioned the de-accreditation of ABSUTH and Abia Poly, and the government has been trading blames with the authorities of those institutions, who do you think should take responsibility and what do you think can be done to forestall a future occurrence?*

This is not the time to trade blames and as a matter of fact what should be done is to ensure this does not happen again. The government should as a matter of urgency work towards restoring the accreditation of both institutions. I am personally embarrassed and I don’t see how the government and even the school authorities would not be embarrassed. Whatever conditions that led to that should not have festered to the point where anybody is taken by surprise. It is a big error for the government not to have seen it coming but as I said, let the government work towards overhauling both institutions for better delivery.

*What is your advice to Abians, especially as we approach 2023?*

Abians should have hope that a new and better Abia is possible. Everybody should put all hands on deck to make Abia work. Don’t leave it for the government alone, play your path and choose right in 2023. A better Abia depends on all of us. Hope is the fabric that holds tomorrow, let us hold strongly to it and work collectively to make Abia better. Everyone should do the right thing.