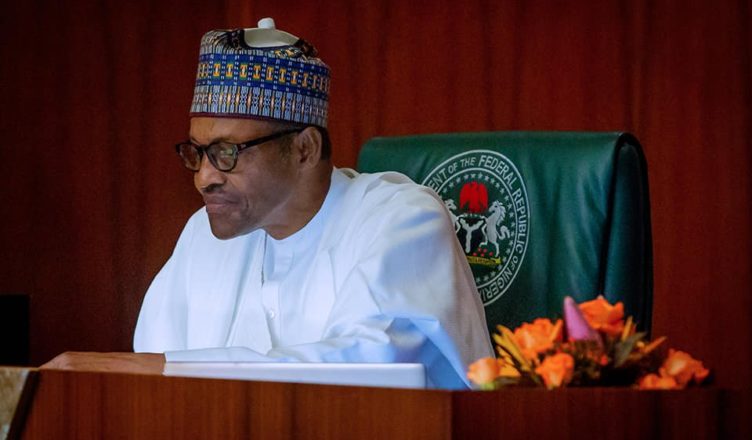 The President, Major General Muhammadu Buhari, on Thursday, said the planned 2023 population and housing census would give better structure to the government’s fight against poverty and insecurity.

This was as he lamented the dearth of up-to-date information since the 2006 census which, he argued, has impeded the country’s national planning.

The President said this in a statement titled, ‘How we can have more accuracy in 2023 census – President Buhari.’ signed by his Special Adviser on Media and Publicity, Femi Adesina, during his keynote address at the National Stakeholders’ Summit on the 2023 Census, held at the State House Conference Center, Abuja.

Buhari who acknowledged that Nigeria could rank third largest country in terms of population by 2050, after China and India, said “reliable, credible, acceptable and successful census’’ will enable government to plan for development, especially in bolstering the social security programme that targets more vulnerable Nigerians.

The President said the deployment of digital technology in the 2023 National Population and Housing Census will ensure effectiveness and more accuracy in the figures that will come out of the exercise.

He said, “The country’s inability to conduct a population census in the last 16 years has created an information vacuum as the data from the last census conducted in 2006 has been rendered out of date for planning purposes.

“It has therefore become imperative for the nation to conduct another national census to produce a new set of demographic and socio-economic data that will provide the basis for national planning and sustainable development.

“Population is a critical factor in a nation’s efforts toward achieving sustainable development. People are both the agents and beneficiaries of the development process. Knowledge of the national population in terms of size, distribution and socio-economic characteristics is required for planning purposes.

He added that due to the rapidly growing nature of the population and large proportion of the youthful population, Nigeria is also projected to be the third most populous country in the World by the year 2050 after India and China.

The President also lamented that despite Nigeria’s high-ranking position on the global demographic map, her population censuses have been conducted irregularly and at intervals, longer than the United Nations recommended 10 years.

He said “This irregular and long interval of census taking in Nigeria, has denied the nation the huge benefits of comprehensive baseline data for evidence-based decision-making.

“Since our assumption of office in 2015, our administration has introduced several poverty reduction and youth empowerment programmes, which are making concrete improvements in the living standards of our people.

Buhari further argued that the nation requires a new data set to drive the implementation of the recently launched revised National Policy on Population for Sustainable Development and other government policies.

He said the 2023 Census data is also needed to tackle the security challenges bedevilling the country as it will give an overview of the population, where we are and who we are.

The President, therefore, called for support of stakeholders, which include State Governments, Local Government Councils, Traditional and Religious Institutions, Civil Society Organizations, Private Sectors, media, Development Partners, Donor Agencies and the general populace for the successful conduct of the 2023 Census.

In his remarks, the Secretary to the Government of the Federation, Boss Mustapha, who was represented by the Special Adviser to the President on Policy and Coordination, Dr Habiba Lawal, corroborated Buhari’s earlier remarks saying that with a population growth rate of 2.3 per cent, Nigeria would likely be the third most populated country in the world by 2050.

She said the 2023 Census would be the first fully digital population and housing documentation and the outcome would be useful for planning and budgetary allocations.

On his part, the Chairman of the NPC, Nasir Kwarra, thanked the President for the approval for the 2023 Census in April, after the general elections, assuring him that the commission will work hard to make it “credible and acceptable’’