Outlawing IPOB is equivalent to outlawing all the Igbo, especially the ardently believers, and the South-East in general. It is like outlawing Arewa. IPOB has never come out as an individual or group of outlaws.

It seems Ndigbo were not marginalised under Dr. Goodluck Jonathan. They controlled the economy. The Yoruba, who had almost nothing under Jonathan, never called for the establishment of Oduduwa nation. 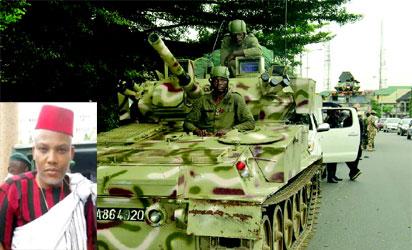 What rule in the world is that? Is it brain work and not an emotional outburst? Nwodo remains one of the most intelligent man Igbo race has ever produced; he knows how to present his case for wider acceptability.

Can someone without arms become a terrorist? Where did they terrorise? Is there any time they even threatened any one? If the answers to these questions are yes, then it is a terrorist group.

Can the Igbo produce a single presidential candidate in 2019 without letting hell loose in their land? Nnamdi Kanu should stop deceiving himself with the struggle because he will be betrayed if Biafra is to be realised.