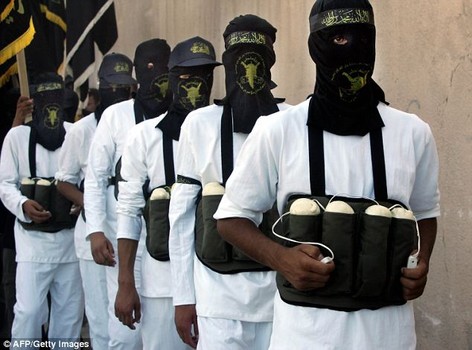 Scores of people lost their lives in two separate attacks in Adamawa State on Tuesday. In Mubi, a teenage suicide bomber attacked a mosque in Kunu Araha area of Mubi town on Tuesday morning and killed 50 worshippers, according to the state police command.

In the second incident, herdsmen and farmers engaged each other in an overnight clash in Safere and Kedimsi villages, which reportedly led to the death of many other persons. Though the police confirmed the herdsmen, farmers’ clash, it did not give the casualty figure.

Nine persons, according to eyewitnesses’ account, are reportedly missing in the two affected villages while the charred remains of victims, mostly children in Safere and Kedimsi villages, have been deposited at the Numan General Hospital.

The Adamawa State Governor, Mohammed Bindow, visited the injured victims of the herdsmen, farmers’ clash at the Numan General Hospital, before he proceeded to Mubi, to sympathise with the Emir, Alhaji Isa Abubakar and the families of victims of the mosque attacks.

The suicide bomber, described by the police as “a 17-year-old boy,” detonated his explosive device shortly after the worshippers ended the subh (dawn) prayer at a mosque in Kunu Araha area of Mubi on Tuesday morning.

According to eyewitnesses, the suspected suicide bomber attacked the worshippers around 5am during the Muslim early morning prayers. “I counted 27 dead and 49 injured people as they are being evacuated to the hospital,” said one Mubi resident, who simply identified himself as Danladi.

The Chairman of Mubi North Local Government, Alhaji Musa Bello, said he would give details of the incident later.

Also confirming the incident, the Executive Secretary of the Adamawa State Emergency Management Agency, Mr. Haruna Furo, said his men were on their way to Mubi to assess the situation. “I can’t tell you the casualty figure for now,” Furo said.

“There was an explosion at a mosque in Mubi and over 50 lives were lost in that incident. Initially, I told you it was 30 but the figure has risen to 50.  A boy of about 17- year- old wearing a suicide vest entered the mosque along with other worshippers. Immediately after the prayers, he detonated the bomb. Many of the wounded are receiving treatment at various hospitals in Mubi North Local Government where the attacks occurred around Kunu Araha area,” he said.

The incident was the first in three years since the liberation of Mubi town from Boko Haram insurgents in 2014. Bindow condemned the unfortunate mosque attacks, saying those bent on destroying the hard-earned peace in the city of Mubi would not prevail.

In a statement signed by his Special Assistant on Press and Media Affairs,  Martins Dickson, Bindow said it was an act of wickedness perpetrated by criminals who were bent on destroying the hard-earned peace in Mubi and other parts of the state.

According to a statement by his Senior Special Assistant on Media and Publicity, Garba Shehu, the President commiserated with the victims’ families as well as the government and people of the state. He assured them that his government would do everything required to secure the state from the deadly menace of Boko Haram.

The President enjoined the people of the North-East to be more vigilant and report suspicious persons to security agencies in order to avert further attacks on soft targets by the terrorist group. According to the statement, Buhari has also directed the Inspector-General of Police, Ibrahim Idris, to deploy more police personnel to prevent further attacks by armed bandits in Zamfara State.