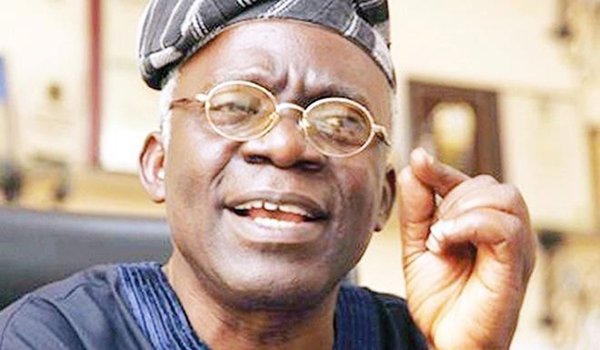 No doubt, the federal government of Nigeria has the duty to maintain law and order in the country. But it is the duty which cannot be carried out outside the ambit of the law of the land. Last weekend, armed troops invaded Abia in Abia state to deal with the alleged threat of Mr. Nnamdi Kanu, the leader of the Indigenous People of Biafra (IPOB) to destabilize the country. It was reported yesterday that the troops have taken over the family house of Mr Kanu and put him under house arrest. I wish to submit, without any fear of contradiction, that the deployment of armed troops in Abia state and the house arrest of Mr. Kanu are illegal and unconstitutional on the following grounds:

(1) By virtue of section 215 (3) of the Constitution the Nigeria Police Force has been conferred with the exclusive power to maintain law and order and secure public safety and public order in the country.

(2) Having filed an application in the Federal High Court for the re-arrest and detention of Mr. Kanu for allegedly breaching the conditions attached to his bail the federal government ought not to have presented the trial judge with a fait accompli by resorting to self help in the circumstance.

(3) Although the President is empowered by virtue of section 217(2) of the Constitution to deploy the armed forces for the “suppression of insurrection and acting in aid of civil authorities to restore law order” he cannot exercise the power until there is an insurrection or civil disturbance which cannot be contained by the police.

(4) Since there was no insurrection in Aba State which the Nigeria Police Force could not contain the deployment of armed troops by the President and Commander-in-Chief of the armed forces cannot be justified in law.

(5) However, if the federal government has evidence of other criminal offences recently committed by Mr. Kanu the Police should have been directed to arrest him and charge him to court without any delay.

(6) Neither the Constitution nor the Armed Forces Act Cap A20 Laws of the Federation of Nigeria, 2004  has empowered the Nigeria Army to arrest any citizen who is not subject to service law.

(7) In the case of Yussuf v Obasanjo (2005) 18 NWLR (Pt 956) 96 the Court of Appeal held that “It is up to the police to protect our nascent democracy and not the military, otherwise the democracy might be wittingly or unwittingly militarized. This is not what the citizenry bargained for in wrestling power from the military in 1999. Conscious step or steps should be taken to civilianize the polity to ensure the survival and sustenance of democracy”.

Regrettably, no conscious efforts have been made by the civilian government to demilitarize the country since power was transferred from former military dictators to the civilian wing of the political class in May 1999. Hence, armed soldiers have been allowed to continue to be involved in the maintenance of law and order in all the states of the federation. Up till now, state governments have allowed armed soldiers to remain members of the police anti robbery squads. They have been deployed, from time to time, by the President to deal with the menace of herdsmen and kidnappers. They have just been authorized to deal ruthlessly with civilians who are involved in any form of agitation for self determination.

There is no legal basis for authorizing the Nigerian army to take over police duties. Even under the defunct military era in Nigeria the military dictators had to declare a state of emergency to legitimize the usurpation of police powers by the armed forces. But under a democratic dispensation the President and Commander-in-chief of the armed forces lacks the power to deploy members of the armed forces in the maintenance of internal security in any part of the country. Hence, in waging the war on terror in the north east region a state of emergency was declared by President Jonathan to justify the deployment of members of the armed forces as part of the extraordinary measures required by him to restore law and order pursuant to section 305 of the Constitution. Thereafter, the President sought and obtained the approval of the National Assembly for the said deployment of the armed forces.

In view of the foregoing, the President should direct the armed troops who have invaded Aba in Abia State to withdraw and return to their barracks forthwith. At the same time, the Commissioner of Police in Abia state should be allowed to take over the case of Mr. Kanu in line with the provisions of the Constitution and the Police Act. If he is indicted in the investigation that is expected to be conducted by the Police he should be charged to court as he is not above the law. But on no account the army should the army be involved in the arrest, investigation and possible prosecution of Mr. Kanu or any other civilian in the country.