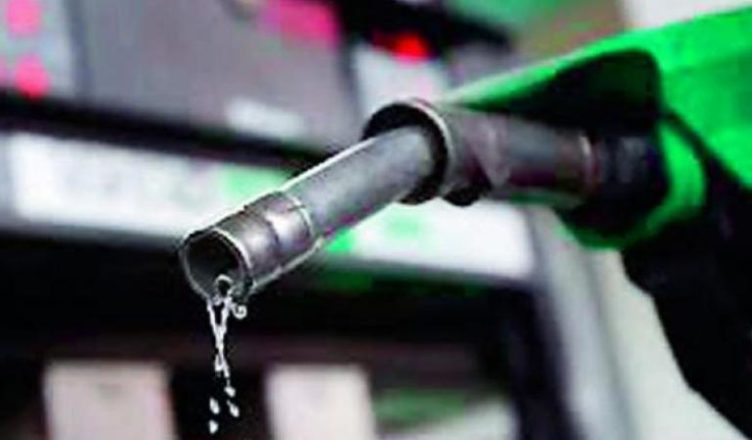 Nigerians are now paying more for petrol despite the official price still fixed at N162.50 and N165 per litre. Independent marketers, who started implementing a new price regime of between N170 to N190 at the weekend, insisted yesterday that it would be difficult for them to sell at the official pump price. Besides, scarcity of the product resurfaced in Lagos, Akure, Ado-Ekiti, Abeokuta, Jos, among other towns in the Southwest. In Enugu, though there are no queues, most stations had adjusted their pump prices to N180.00 from N175 sold the previous day.

The situation in Abuja worsened at the weekend with long queues at the filling stations where petrol is sold. In Lagos yesterday, many independent stations were shut, the few that were dispensing recorded long queues. It also caused gridlocks on Ikorodu Road, Ikoyi, Ikeja, and Airport Road, among other places.

Independent Petroleum Marketers Association of Nigeria (IPMAN)  in a statement by its Lagos State Depot (LSD) Secretary, Akeem Balogun, said: “With the current price, there is no way we can sell less than N180 per litre.

“Members are hereby advised to sell at a sustainable price within their environment. Just make sure that the price is on your pump.

“Kindly contact the Secretariat should you have any authority challenging your operations.”

The chaos in the stations that dispensed fuel with a fewer number of pumps was worsened by jerry can-carrying residents in search of the product to power their generators.

In Lagos, the queues were most noticeable at filling stations owned by major marketers in traffic-prone areas like Oshodi, Ejigbo, Ikeja, Egbeda, Ikotun Igando, Iyanaiba and Satellite.

Nearly all stations operated by independent dealers in the commercial city did not open to motorists.

A source in the Major Oil Marketers Association of Nigeria (MOMAN) attributed the scarcity to a dislocation in the supply chain.

The MOWAN source, who pleaded anonymity, explained that when there is a disruption of the supply chain, it “takes an average of almost two weeks to get it back to normal.”

He added that NNPC Limited restored supply late yesterday, adding that motorists and commuters may have to cope till the early part of next week when normalcy is expected to return.”

But IPMAN National Operations Controller, Mike Osatuyi, pointed out that the fuel being sold in the last one week by independent marketers was a part of the reserves they had.

He said: “Marketers have been loading from the stock they had and we are running low on the product because we haven’t received fresh supply. The situation will be worse if nothing is done urgently and when the old reserve we have runs out.”

But IPMAN Chairman, Lagos Satellite Depot, Ejigbo, Akin Akinrinade, had before the statement announcing the increment, blamed the shutdown of stations operated by independent marketers.

He, however, explained to reporters in Lagos that IPMAN members resolved to shut down their operations because they could no longer operate at a loss and in a hostile environment.

He said the government fixed pump price at N165 per litre even when current realities showed that the minimum price should be N180.

He said: “As you can see, the queues are back and this is the second time we are witnessing it this year.

“However, this one is peculiar in the sense that for a particular reason, IPMAN members decided to shut their stations.

“This is not because we are on strike, but because we can no longer do business under this condition.”

Akinrinade added that IPMAN members ought to be getting supply from the Pipelines and Product Marketing Company (PPMC), having made payments of over N1 billion since October 2021.

He said the products were yet to be delivered forcing members to patronise private depots and at the same time servicing borrowed funds.

Akinrinade added that their plight was worsened by private depot owners who “increased the ex-depot price of PMS from N148.17 to N162 per litre.

He said: “When you factor in the handling charge, transportation and running cost of our stations, you will see that even within Lagos, the minimum we can retail petrol is about N180 per litre.

“We want Nigerians to know that we are not out to sabotage the effort of the government because we know this hike in petroleum products prices is not peculiar to Nigeria.

“The ongoing conflict between Russia and Ukraine has disrupted the supply chain and we know that the Nigerian government is doing its best to mitigate its impact on our nation.”

He urged the government to direct the private depots to revert to the old ex-depot price for PMS or deregulate the downstream sector to allow market forces to determine the price.

The IPMAN boss further called for the resumption of pumping of products through the PPMC Ejigbo depot, saying it would enable IPMAN members to get supply at a cheaper cost.

The situation in Abuja remained the same yesterday as private depots were under lock and key due to a lack of supplies.

IPMAN National Vice President, Alhaji Abubakar Maigandi said: “Most of the private depots in Abuja and other places have no product. This is apart from the cost of the diesel, which is the main cause.

“If care is not taken, this scarcity will bring serious hardship to the public.”

Many stations in the city were shut as they claimed not to have fuel to dispense.

The queues were seen at Rano filling station along Ado-Iworoko Road in the city and at BOVAS located at Bank Road along new Ado-Iyin Road.

In Ikere-Ekiti, the second largest town in Ekiti, filling stations were also shut down and a few that opened had long queues of vehicles.

Vehicle owners, tricycle operators and motorcyclists in Jos, the Plateau State capital also lamented as they bought fuel at N190 and N200 at the few independent stations that opened for business.

Our reporter, who went to some of the f stations within the city, reported that the majority of the dealers barricaded their gates.

At the NNPC mega station along Secretariat junction, motorists lamented that they had been able to purchase fuel there in the past four days.

NNPC spokesman, Garba Deen Muhammad, again could not be reached for comments as his mobile number was “switched off”.

This is a common situation with Muhammad, who has always been evasive in responding to media inquiries about petrol scarcity.

Source: Drumnewsonline with reports from The Nation