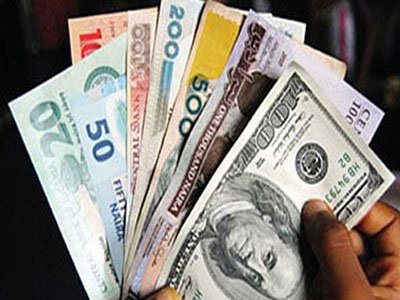 The Association of Bureaux Des Change Operators of Nigeria (ABCON) says Naira has continued to firm against the Dollar at the parallel market as date for CBN new currency introduction draws closer. Alhaji Aminu Gwadabe, President, (ABCON), said this in an  interview with Newsmen on Wednesday in Lagos.

“There is an observed growing return to sanity in the parallel market as the deadline for the cancellation of the old notes and introduction of the new notes in circulation come closer.

“The market is witnessing a dull moment as the spiral volatility in the exchange rate of the local currency nosedived south west.

“Majority of the dealers are very cautious in quoting their bid and offer rates to their clients,  who desperately want to upload their position in the market,” Gwadabe told NAN.

The ABCON chief said the development became paramount as demands for foreign currency were being diverted to commodity market.

He noted that a tonne of hibiscus (zobo) which was selling for N500, 000 jumped to N1m per tonne.

Gwadabe said that there were governance decisions made outside the shores of Nigeria that were impacting the naira positively.

He said that reports that the U.S. would cease using currency notes printed before year 2021 also helped the naira to rebound.

The ABCON boss said that the recent recall for foreign assets of the Vatican back home and the Saudi Arabia diversification drive from oil to renewable energy was pointing to a New World Order.

According to him, the new world order may likely lead to a global financial distortion that will challenge the hegemony of the American dollar.

“In the light of the above, we, therefore urge the CBN to seize the positive trajectory to revisit the suspension of the Bureau De Changes (BDCs) from accessing the designated official FX windows in the ecosystem.

“ABCON also advises the CBN to continue with their crack down on foreign exchange abuses in the market.

“It is also noteworthy for the CBN to liberalise Diaspora remittance pick up agency and come up with new non export proceeds utilisation to inject liquidity in the market,” Gwadabe said.

The financial expert urged the monetary and fiscal policy authorities to work harmoniously to eliminate the fixed versus flexible exchange rate framework to establish a market clearing price.

He said that such harmony was needed to usher in foreign investments inflows and also discourage rent seeking, currency substitutions, speculation and hording in the market.

He expressed the commitment of BDCs to friendly reforms and preparedness to serve the transmission mechanism roles in foreign exchange rate stabilisation in the economy.

“Finally, we want to thank our members for their understanding and collaborations with the regulatory and security agencies in ensuring the stability of our local currency despite the hash operational environment,” Gwadabe said.

NAN reports that the naira on Wednesday flattened against the dollar at the parallel market, exchanging at N790 to the dollar in Lagos.

The local currency gained N110 from exchanging at N790 on Wednesday afternoon from N900 traded on Friday.