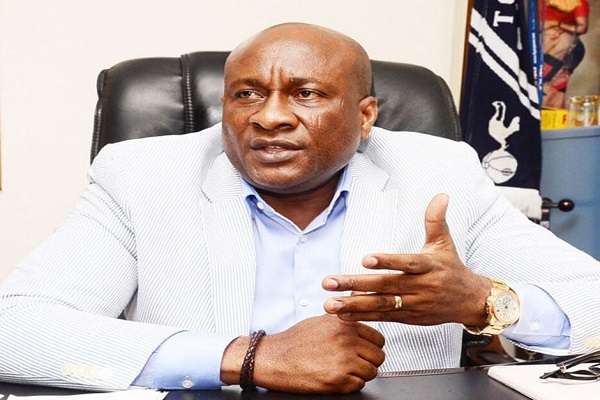 Despite the dwindling business climate in Nigeria, there are some people who strongly believe in the country bouncing back, shaking off its shackles. One of the few people who have never made a disparaging comment about Nigeria is Barrister Allen Onyema; head honcho of Air Peace. Anytime he is given the opportunity to speak; he is ready to pitch Nigeria as an investment destination.

Despite the lingering crisis affecting prices of Aviation fuel currently affecting airlines operation, Onyema believes it’s temporary and things will soon move back to what they used to be. In a nutshell, he is a very proud Nigerian ambassador who believes strongly in the virtues that Nigeria and represents it well at any point in time.

A man of few words but many actions, has shown his capacity as a man who is giving Nigeria that ray of hope that Nigeria will soar higher. When many foreign airlines were grounding their operations due to funds hanging in Nigeria, Air peace was silently positioning itself and expanding its routes to become fill the lacuna created. When many were looking for excuses; Onyema saw opportunitiues to be explored and with his wizardry in business, he is currently winning as his airline is fast becoming the delight of many travellers.

The airline has cut travel time by flying straight to foreign destinations across Africa, Europe and the Asian continent. Despite recently launching its inaugural flight to China which runs once a week, also made a shocking revelation which will further cut travel time for passengers plying Nigeria- Brazil. At the celebration of Brazil’s 200 years of independence in Eko Hotel, Lagos on Wednesday the 7th of September night, Onyema disclosed that; Airpeace would launch their 6-7 hours flight directly from Nigeria- Brazil from Abuja and Lagos respectively.

He noted that; With the current fleet of modern aircraft owned by Air peace, it will cover Lagos to Brazil in 6 hours which will cut travel time by 10 hours. “the hours we spend connecting flights while travelling to Brazil is so much. You will literally travel around the world before getting to Brazil which is not more than 6hrs flight. We have spoken with the Ambassador of Brazil to Nigeria and also the Minister of Aviation so we can commence flying Nigeria to Brazil. Nigeria and Brazil share things in common and we have over a 40million Brazilians of Nigerian and Yoruba descent who are willing to visit Nigeria on a regular but the stress of connecting flights, turns many of them off.

When we commence the flight before the end of the year, it will help cultural, trade and commerce exchange. We are currently expecting over 20 aircraft worth Billions of Dollars under construction fully paid for from Brazil. Air peace will make Nigeria proud.”