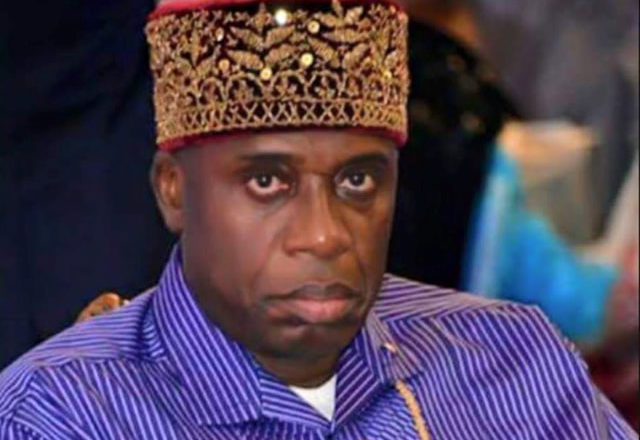 The Minister of Transportation, Rotimi Amaechi has said train services will resume on the Abuja-Kaduna route on Saturday (today).

The Nigeria Railway Corporation (NRC), announced suspension of its operation on the route following an explosive attack on some portions of the tracks on Wednesday.

The NRC in a statement on Thursday confirmed that there was an explosion on the rail track.

It further stated that the explosion affected the fuel tank of the locomotive on Abuja to Kaduna last train (AK10) of 20th October 2021.

It added that there were no reported casualties or injuries to either the passengers or train crew.

Following the attack, the Minister embarked on the spot assessment of the damage caused by the explosion.

Barely 48 hours after the suspension, the affected portion has been fixed.

The minister said he would meet with the Director General of the Department of State Security Services (DSS) and Chief of Army Staff in a bid to apprehend the attackers.

He said: “The government is already working to apprehend the bandits. When I get to Abuja tomorrow, I will see the DG SS and the Chief of Army Staff. We will find the people.”

On the repairs, Amaechi said: “The repair work is completed. What is significant is that the repair was done by our Nigerian engineers and completed in record time.

“They moved in today and finished today and by tomorrow, we expect that the first train will run by tomorrow (Saturday).

The minister also hinted that a digital security system would be installed on both Abuja-Kaduna and Lagos-Ibadan corridor.

On whether there are plans to beef up security on the corridor, he said: “Has there been any other security challenge before now? What this has done to us is that it will fasten the procurement process of the digital system that we want to put in place.

“The essence of the digital security system is to enable us to know when there is an impact on the rail. There is a sensor, when people cross the rail or do anything, we will be able to know and we will be able to forestall this kind of attack.

“We will get the Police to be involved so that they will be here before we install the digital security system.”

In addition to the digital security system that would be installed, he also said a rail bus would be deployed to embark on regular patrol.

He said: “I had to come here physically today to ascertain the damage. We want to assure the public that beyond the physical presence of police and deployment of military along this track, I have just told the MD NRC to get us a rail bus that will be on patrol regularly on the track so that we can see what is happening even before the train takes off.

“That will be the measure we will put in place before the digital system is installed. The system will let us know anytime there is a breach in security or anything and we will respond before the train comes and we may stop the train before coming and it will be end to end.

“It will be deployed on Abuja-Kaduna and Lagos-Ibadan corridor.”

Commenting on the speed at which the repair work was done, he said: “I am happy that our people fixed it. I am not happy that the security breach took place but what it has done is that it has shown that we actually have the capacity to fix our rail.

“The essence of this is to make sure that by the time the Chinese leave, we should start the gradual process of constructing our rail.

“The lady engineer was able to fix it, so, she and her colleagues will be able to do more like track laying and possibly track construction but we have to test them gradually.”

On the number of trips that will commence, the Managing Director of NRC, Engineer Fidet Okhiria said: “Maybe tomorrow when we come back, knowing that Sunday is always a very busy day, we will start four to eight trips. Maybe tomorrow, we will do four trips.”